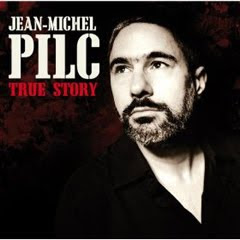 Possessing a technique suggestive of years of rigorous training, French pianist Jean-Michel Pilc is actually an autodidact. His self-honed skills at the keyboard are immediately impressive and evince Bill Evans impressionism by way of Keith Jarrett and Chick Corea. His left hand is very nearly as mighty and variable as his right allowing for overlapping runs of dizzying density and detail. Free playing in systemic manners akin to Michel Pettruciani and early Cecil Taylor also falls with in the scope of his oeuvre. Name-dropping carries over onto his “dance card” since moving to New York City in 1995, as he’s gigged with dozens of high profile players over that period. All of this looks exceedingly good on paper, but Pilc oddly leaves me cold as a pianist. He has since I first caught him in person at the Iridium five or so years ago in a performance that felt more flash than substance.

His latest trio effort for Dreyfus does little to change my admittedly counter-intuitive opinion. Regular sideman Boris Kozlov joins drum doyen Billy Hart as Pilc’s sidemen and their roles point to one of my chief problems. Pilc is in command of his instrument to a fault on occasion. He takes his positioning to practice, playing the hell out of keys but only rarely allowing his partners what sounds like equitable input into the pacing and direction of the pieces. Kozlov appears amenable to the dynamic, but consigning a player of Hart’s caliber to the figurative backseat almost seems an offense. Call it the Art Tatum Syndrome, though Tatum had the advantage of singularity of precedence to offset his tendency towards session monopoly.

The program is predictably Pilc-centric as well with only three of the pieces falling outside his compositional dragnet. He even customizes a Schubert tune to the occasion. The closing five-part title suite encapsulates the troublesome band differential as Pilc’s guiding patterns rise and recede between rumbling dissonance and lush lyricism. Hart and Kozlov dutifully follow the often two-handed forceful leads, but the dynamic feel vexingly out of balance much of the time, almost as if the pieces would’ve been better served in a solo setting. My stated biases aside, there’s still a fair amount of dramatically-charged playing here. It’s the part of Pilc’s powers that transcends my criticism and explains how he cultivated the enviable positioning he currently enjoys.
Posted by derek at 6:58 AM