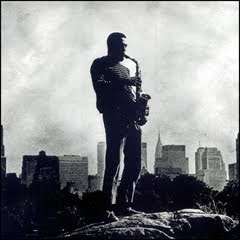 Themes of urgency and vigilance embedded in the title to Sonny Simmons’ ESP debut would dictate his music up through the present day. Simmons isn’t one to suffer fools lightly and that intolerance for incompetence and hypocrisy cost him dearly at various times in his career. This auspicious set harkens to a stage prior to most of those setbacks when he was fronting a working group of like-minded peers and garnering praise as a member of the music’s New Thing movement. With his wife Barbara Donald on trumpet, Simmons engineered a compact frontline steeped in power and immediacy. His own post-Dolphy alto also embraces the precedence of Ornette, but the pedigree of super-heated multiphonics that often bubbles up in his delivery sounds wholly his own.

Pianist John Hicks joins the quartet on the A and B-side lead tracks. “Metamorphosis” almost sounds like an outtake from a Jackie McLean mid-60s Blue Note platter, Simmons’ blasting in shrill tandem with Donald before ebulliently extemporizing against a churning piano-led rhythm. Simmons and bassist Teddy Smith are the sole operators on “A Distant Voice”, a piece that finds Smith closely shadowing the leader’s alto with textured arco for much the duration. Side B opener “City of David” builds from another surging unison salvo before taking a surprising decelerating turn into pizzicato Smith solo. Simmons shows deference to Donald as well before holding forth with his own blowtorch statement. Seething improvisations by Pattillo and Hicks consume much of the remainder of the piece and as vintage Fire Music goes this track is pretty much textbook brilliance.

“Interplanetary Travelers” works off the pianoless template that is standard protocol for freebop and Hicks is hardly missed in the ensuing tumult. Simmons and Donald blast away in close proximity, leaving the majority of the piece’s second half to Smith and Pattillo, solo and in a bridging dialogue that combines burning arco with cascading snare and tom tom tattoos. An abrasive collective culmination suggests that cold showers were in order for the band after such a strenuous, sweat-inducing relay. The appearance of this single disc, no frills reissue is something of a surprise given that an earlier “Complete” set containing both of Simmons albums for the label along with interview segments still appears available. Budget-priced and recast in a sharply-designed slim-line digipack, it’s still well worth owning if one is coming to the material fresh.
Posted by derek at 4:43 PM