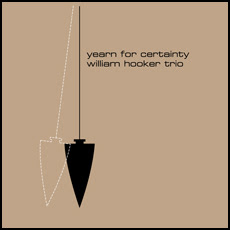 An admirable eclecticism and open-mindedness underscores William Hooker’s career as a drummer. He’s reliably followed his muse even when the ideas advancing his numerous projects have suffered under suspect application. This concert at Roulette is an apposite example of that phenomenon. On cardboard tray card it brims with potential intrigue. String bender David Soldier and reedist Sabir Mateen are two stalwart Downtown heroes with infrequent intersections between them. Hooker’s decision to enlist them both is inspired. Holding the occasion in front of a receptive audience, free from studio constraints and pressures also seems like a good move. Sadly, a number of attributes of the performance conspire to undermine these positives.

“Ingratiated Beam – Leroy” starts the set off on a slightly wobbly note by wedding amplified classically-tinged mandolin to a freely-associative recitation by Hooker covering a wide range of topics from personal empowerment to organic food. Hooker speaks in an inviting cadence, but a lot of his imagery emphasizes the esoteric and introspective at the expense of the intelligible. “Century’s Soles” switches gears rather drastically, Hooker liming a layered metronomic assemblage of beats at his kit as Soldier adds a jangly hill country drone on amplified banjo and Mateen laces vibrato-dipped tenor intervals in-between. The result brings to mind the outcome of a possible Otis Taylor and Albert Ayler amalgam.

Segue into “Commonplace Travel” transpires without a glitch and Hooker expands his rhythms to encompass more of his kit as Mateen grows increasingly heated. The sound is oddly, though no doubt intentionally, washed out here and Soldier’s incendiary scribbles become a textured mass of over-amplification. “Magistrait” offers a crosshatch of textured drones as well, tenor joining violin and malleted skins in a grainy admixture that rises and recedes in undulating waves. Soldier and Mateen arrive at some gorgeous timbral congruencies and the patter of Hooker’s minimalist brushes and cymbal washes equates to another plus, but the piecemeal structure of the track ultimately compromises its dozen-plus minute length with cavernous audio another obstacle.

The set culminates with the title piece’s densely packed convergence of constituents. Soldier’s wah-wah inflected strings ride out a torrential downpour from Hooker’s corner of the stage, shouts audible amidst the din. Mateen sits silent for the first few minutes before hoisting tenor again and sounding as if he’s voicing overblown Aylerian distress signals the echo chamber bottom of a cistern. Hooker’s subsequent statement is high on tension, but lacking in resolution. Mateen’s bird song flute enters on an emotive high note before more of the leader’s loose verbiage and a predictably conflagrational finish. All three of these players are accomplished improvisers. In this particular context Hooker’s indulgences end up as hindrances and the subsequent sum registers as forgettable.
Posted by derek at 12:50 PM