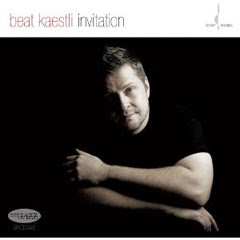 Swiss singer Beat Kaestli may seem a bit obvious, not to mention presumptuous in his sobriquet, but that’s no reason to be bothered by an implied affinity with hipper times. Formally trained in voice at a number of prestigious academic institutions, he also received an education gigging on the road for the better part of decade. Performance in pop and R&B settings naturally led to an abiding interest in jazz song. This Chesky debut delves voraciously into the Great American Songbook and demonstrates implicitly how Kaestli differs from his immediate peers. First there’s the definite Chet Baker influence that pervades the deliberately plaintive and delicate way he’ll voice a lyric. Baker’s subdued style of singing is an enduring wellspring of critical contention and Kaestli’s decision to build on it is a brave move.

The disc’s nine cuts clock to a modest three-quarters of an hour. Accompaniment is oft sparse, but supportive with a trio of guitarist Paul Meyers, bassist Jay Leonhart and drummer Billy Drummond constituting the core. The other ace in Kaestli’s deck is the Chesky signature sound that qualifies the music, a style of engineering that combines high end technology and methodological simplicity to yield stunning clear results. From the opening nylon-string strains of a bossa-inflected “Day in Day Out” the difference in fidelity from the typical jazz session is a striking one. A palpable sense of depth and crystalline clarity characterize Meyer’s lithe strums, the breezy pizzicato of Leonhart and the rain-on-corrugated-roof pattering of Drummond’s brushed snare. Trumpeter Kenny Rampton sidles up with a smoothly-phrased solo and Kaestli glides across it all with a relaxed and amiable flair.

Several other numbers starting with “It Could Happen to You” parse the particulars down Kaestli and Leonhart, plump bass strings percolating against the singer’s easygoing articulation. Meyers and Drummond enter and Kaestli steps back for concise and cogent solos from his colleagues. Saxophonist Joel Frahm, the other session guest, lends his sultry tenor to the title piece and two other numbers. Once again the fidelity does everyone involved strong favors and the prevailing feeling is that of being right in the recording space with the band. Kaestli’s clean and mannered approach to a song can be a shade cloying in a Harry Connick, Jr. sort of sense, but for the majority of the album all of the pieces at his disposal fall into place with near perfection. As a jazz vocals album for listeners not necessarily smitten with the more extroverted and flamboyant purveyors of the idiom, I’ve found myself coming back to it far more than expected.
Posted by derek at 7:21 AM