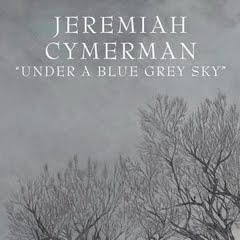 Clarinetist Jeremiah Cymerman caps his licorice stick in favor of composer’s quill on his latest disc. The album-length titular piece comprises six acts and an interlude for string quartet. Cymerman’s hand is also active in the electronic “treatments” he adds to the strings players’ interactions. His picks for participants prove inspired choices with Jessica Pavone and Olivia De Prato handling viola and violin, Christopher Hoffman hoisting cello and Tom Blancarte fielding the bottom register on double bass. Each member is intimately-familiar with both conventional play and the avenues of expression available through extended techniques.

The initial minutes of the opening act almost sound like a classic John Carpenter score in the convergence of synth-saturated swells and tension-building string drones. In the second act, Cymerman simulates the soft crackle of a dry brush fire beneath the by turns heated and pensive communication of the strings. His careful manipulations complement rather than contradict, adding industrial overtones to the already dynamic arco layers and heightening the gravitas. John Zorn registers in the Old World inflected theme that drives the third act on the back of Blancarte’s bulbous ostinato and the flanking swirl of violin and viola. Cymerman’s presence here is minimal and the dusky beauty of the commingled strings needs no enhancement.

On subsequent pieces the composer’s involvement is more invasive. Whirring sustains and amplified creaks create a haunted atmosphere on “Act IV” with the strings flirting with full-fledged conflagration amidst interludes of humming confluence that carry over into the following track. A penultimate interlude sounds almost completely electronic as fragments of fluttering static scurry by above a grounding oscillating buzz. Hoffman’s cello opens the final act with an ominous plucked ostinato to which the other instruments respond to in gradual melancholic succession. Cymerman’s presence is again minimal at first, leaving the rich sonorities of the overlapping strings to their conversation until a wash of echoing electronics arrives to enhance the drama. As with the rest of the program, it’s an uncommonly astute merger of acoustic and electronic elements and an affecting performance by all involved.
Posted by derek at 6:36 AM